Sooooooo... I finally did it. I've got my sanity back, and here are some pics. I was really lousy about taking good pics with this one, and I kept changing things to make it work so it was hard to keep up with myself.

I used Charles' design, so I'm going to save some time and tell you to look at his page on forward controls. I had to make mine a little different, though, because I still have my H-box and heat shield. Just two extra bends in the arm I used for the shifter. I loaded up on old sport bike shifter parts from Cyclepsycho. I think I used five of those ball joints on the shifter side alone. I tried an idea to use less joints but it didn't work at all.

Charles said it took him several months of trial and error, and it took me well over a month to copy his design. This is by far the trickiest fabrication project I've taken on. Very frustrating.

Anyhow, look at the pics and ask me questions. Hopefully I can make it easier for the next fellow who tries it....

I cut off the ends of my highway bars (see the 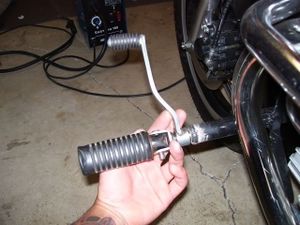 I screwed on sport bike pegs with shafts that allowed the shifter and brake pedals to pivot. 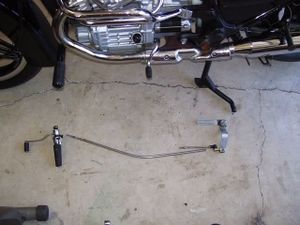 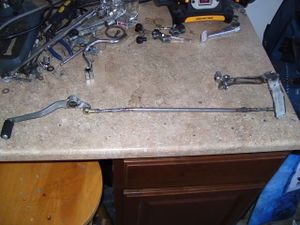 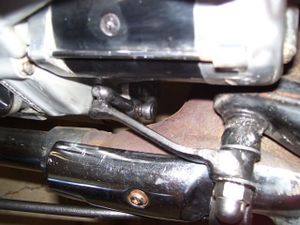 Lousy close up of the shifter arm. 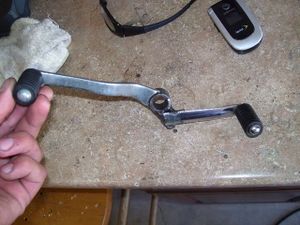 After my first test ride I decided to make it a heel-toe shifter. It is a little stiffer than the stock shifter and I didn't want a bruise on my big toe (I'm a real badass, can you tell? ) 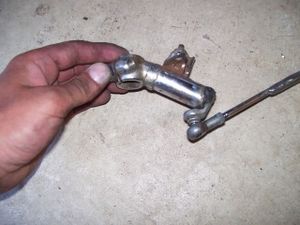 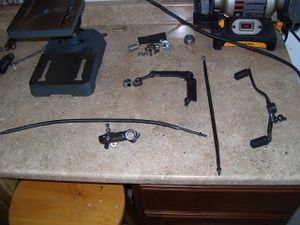 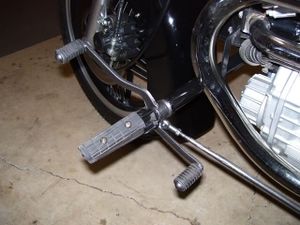 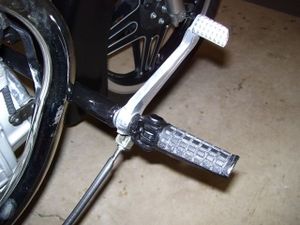 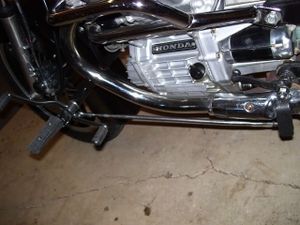 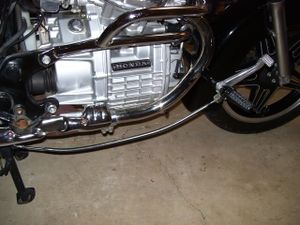 So that's it for now. I'm going to re-do the brake inkage and make it from hollow tubing like Charles', mine flexes a little and I can't get full braking power out of it. The shifter works great. After doing this, I realize why those two German websites want $500 and $600+ for their setups. Almost worth it if you had the means......